Stisk is an online student daily newspaper whose content is created by the students of the Department of Media Studies and Journalism at the Faculty of Social Studies, Masaryk University in Brno. Stisk was established in 1997 to give students hands-on experience with this type of media and it became one of the first online magazines in the Czech Republic. TV Stisk and Radio Stisk were established for the purposes of student training in audiovisual and radio media in 2012. Radio Stisk works in cooperation with the student-run Radio R, while TV Stisk cooperates with the student television broadcast MUNI TV. Multimedia workshops simulate the environment of an editorial office and every student has the chance to try out all the different roles required to produce online news and opinion content. Stisk is available at Munimedia.cz. Since February 2009, Stisk has been published as a blog at iDnes, a major Czech news portal. For the most interesting articles from the current production of Stisk editors, go to stisk.blog.idnes.cz.

All journalistic pieces are published according to the same ethical rules that apply to content on any other news website and in newspaper, radio, or TV reporting. After the content is published, such rules require that it not be deleted or altered in any way. 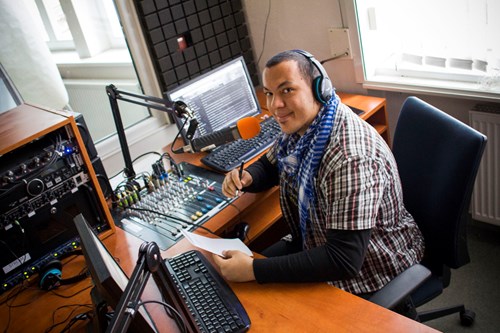